Tailored Lifestyles was created by Byron Morrison with one simple mission: To help as many people as possible live healthier happier lives, by taking a holistic approach in coaching them to improve their wellbeing.

So who is Byron Morrison?

I’m the author of the book ‘Become a Better You’ and Founder of Tailored Lifestyles: Habit, Nutrition and Fitness Coaching.

I know that change is hard. In fact, I know exactly how daunting and overwhelming it can be. Just like most people, I used to struggle with the entire concept of what a healthier lifestyle is all about and why it is so important. I paid no attention to what I did or ate and lived a largely sedentary life, comprising of little to no physical activity, with a diet filled with highly refined and processed food.

I had absolutely no idea of just how much of an influence proper nutrition and lifestyle choices have on our health and it showed on a mental, physical and emotional level. I was nearly 50 pounds heavier and had huge problems with everything from managing stress to my relationships with food, self confidence, along with dealing with the ups and downs of everyday life. Everything was affected, from my overall wellbeing to my relationships, mind-set and general outlook on life.

Find out more about Byron at: Cynthia is a powerful transformational speaker in the field of self-development and personal responsibility. She is also a renowned vibrational, intuitive energy practitioner, and Reiki Master and coaches hundreds of individuals who want to make changes, heal within, and achieve their goals and awaken their passions.

She has been teaching and inspiring thousands for over 40 years and has created a best-selling transformational book, Powerful Beyond Measure – 3 Steps to Claim Your Power Within for a Happy and Healthy Life.  She is also a featured author in the best-selling book, Shine Your Light: Powerful Practices for an Extraordinary Life along with other New York Times #1 best-selling authors including Marci Shimoff, Janet Bray Attwood, Chris Attwood and Geoff Affleck.

Mazzaferro is a featured columnist in the E-Magazine Wellness Woman 40 and Beyond founded by Lynnis Woods-Mullins. Cindy’s column, Powerful Beyond Measure: Intuitive and Emotional Fitness Expert allows readers to share their stories, ask for support and identify plausible connections between their physical symptoms, behaviors, and difficulties.

Cindy holds numerous workshops and summits featuring The Power Within, Intuition, Energy Healing, and Powerful Beyond Measure programs.  Empowering people is one of Cindy’s greatest joys, and she uses her expertise to inspire, transform, and facilitate change and success.

Cindy believes that we significantly impact every part of our being on an emotional, mental, physical, spiritual, as well as, what we bring into our lives. What this means is that YOU hold the Power Within to be Powerful Beyond Measure and to create the life you want and were meant to live. The knowledge that you can create a happy and fulfilling life with abundance and success is the BEST NEWS, I can share with you.

Find out more about Cynthia by going to: What a profound writer! As Frances launches out to put ink to paper, it’s as though God Himself is orchestrating every word you read. The flow of each message invites the reader in to take part in the illustrations of life. Each and every poem has it’s very own special identity. No two are alike. Frances has an engaging imagination that allows the reader to catch a glance of the pure nature of God’s holy power.

Frances has her own unique style that expresses not only her love and devotion to God, but her life experiences as well as encouragement and inspiration to her fellow man. The simplicity of her phrasing and the natural rhymes reflect her understanding of the power of words in their most familiar form. She is an artist who has come into her own.

Frances started writing in 1998 after hearing Dr. Maya Angelou speak. Through the years she has truly grown and blossomed as a poet. She realizes that it’s a God given gift and talent. Frances doesn’t take it lightly, that God has chosen her to minister to His people in this way. Frances truly has a heart for God’s people. She is humble, loyal and giving. All of these attributes and more are evident in and through her poetry.

Frances’s poetry has been published in several newspapers and newsletters . She has recited her poetry at church ministry functions and community events. Frances is also in the process of publishing her first book and her own line of greeting cards with personalized poetry plaques.

Frances is most certainly a woman called by God to compose the real to life compositions that touch the deepest part of your heart through her serious depictions of what matters most in life. She is the modern day Maya Angelou with her own abilities. Many of us are struggling with all the decisions we have to make on an hourly basis and we are overwhelmed!  This segment will focus on a handful of easy and pragmatic steps so people can decipher the REAL problem to clearly see the most beneficial outcome. SUSAN WINTER (Allowing Magnificence and Older Women/Younger Men), is a bestselling author and relationship expert specializing in higher thinking for an evolving world. She writes, speaks and coaches on cutting-edge partnership models as well as traditional relationship challenges from a platform that fosters self-esteem and personal empowerment.

Having graduated from Indiana University’s School of Music, her experience as a professional communicator led her from Opera singer to On-Camera Anchor. Transitioning from the stage to TV, Susan became the host/moderator of Corporate Profiles on FINANCIAL NEWS NETWORK (now CNBC). Prior to that position, she spent a decade as the On-Camera Spokeswoman for over 200 of the Fortune 500 companies. Susan is the recipient of numerous awards in the field of business communications.

Given her vast media expertise, she’s worked as a Consultant for the TELEVISION BUREAU OF ADVERTISING, MIRAMAX FILMS (Tadpole), and in strategic alliances with MCGARRYBOWEN’s Fortune 100 clientele. Aware that foundational shifts in social consciousness alter consumer preference, Susan’s understanding of human behavior helps her clients anticipate trends while connecting to the heartbeat of their customers.

Susan’s first book, Older Women/Younger Men quickly became an international bestseller as it opened the hearts and minds of readers’ world-wide to the validity of this type of age-gap love. Susan’s second book, Allowing Magnificence completely reframes how we view life’s challenges, empowering the reader to reconnect with the limitless power they already possess. Susan is currently a contributing writer for The Huffington Post and The Good Men Project. ublished a viral story on LinkedIn about "How I Landed my Dream Job in Two Weeks on LinkedIn: #MyLinkedInStory and Tips", garnering 8,412 connections and followers, over 15,000 likes, and over 80,000 post views within one week.

When I was in kindergarten, I ran home excitedly one day, brimming with glitter and pride, as I announced that I was "The ONLY TOOTH FAIRY at Career Day, and everybody else in my class was just dressed up as doctors and dentists!"​

My imaginative spirit has not changed much since that day.

Often the youngest consultant in boardrooms full of senior executives, I have quickly established myself in the business community as a determined, and confidently creative marketer.

Find out more about Michaela at: https://www.linkedin.com/in/michaelaalexis 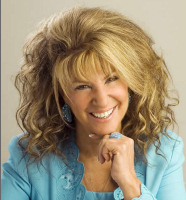 Mikki is the unexpected, a one-of-a-kind talent; eclectic, original, refreshing, outrageous and smart. She has a dynamic ability to communicate to an audience, delivering practical information in a down to earth style.
Mikki will not only light a fire of enthusiasm, she helps audiences internalize all the materials so it doesn't wear off. "Maximum learning occurs when the teaching is heart to heart, not head to head." Mikki is a catalyst for change. She gets rave reviews and standing ovations for her spectacular presentations. There is a fundamental humanness to Mikki's presentations as she takes audiences through a life's worth of emotions and experiences. http://www.mikkiwilliams.com

Joanne is an emotional intelligence expert out of Lexington Massachusetts.  She is in the business of helping people help themselves to achieve authentic success and outrageous happiness. Her topic today is the second part of a three part series about fear and worry.